Judith Lui graduated from the Fine Arts Dept. of the Chinese University of Hong Kong with a B.A. Degree； and from RMIT University, Australia with a M.A. Degree in Fine Art.

Judith is the chairman of the Hong Kong Graphics Society. Being practitioner in printmaking for over 30 years, her works have been selected for display in several National Print Exhibitions and international biennales. Recently, she has been awarded the Judges’ Award of Eileen Chang Painting competition, the Baptist University of Hong Kong.

Since 2011, Judith has been keen to participate in participating in many papercutting promotion campaigns. She has been one of the most active tutors in papercutting, at the School of Continuing and Professional Studies, the Chinese University of Hong Kong, the Kinnet Wellness Centre, the Hong Kong Association for the Deaf, and the School for the Elders in West New Territories. Recently she had participated in the ICH+ project sponsored by Jockey Club.

In printmaking and papercutting, artists’ ideas are expressed in a similar way: embossing versus engraving or, in Chinese terms, yin versus yang. But on top of this, Judith has been able to blend into modern life with a taste of tradition, and come up with some uniqueness of works. During the past few years, she had been working proactively with her students, and jointly created several pieces of large scale artifacts, which have been widely recognized by art practitioners in their fields. 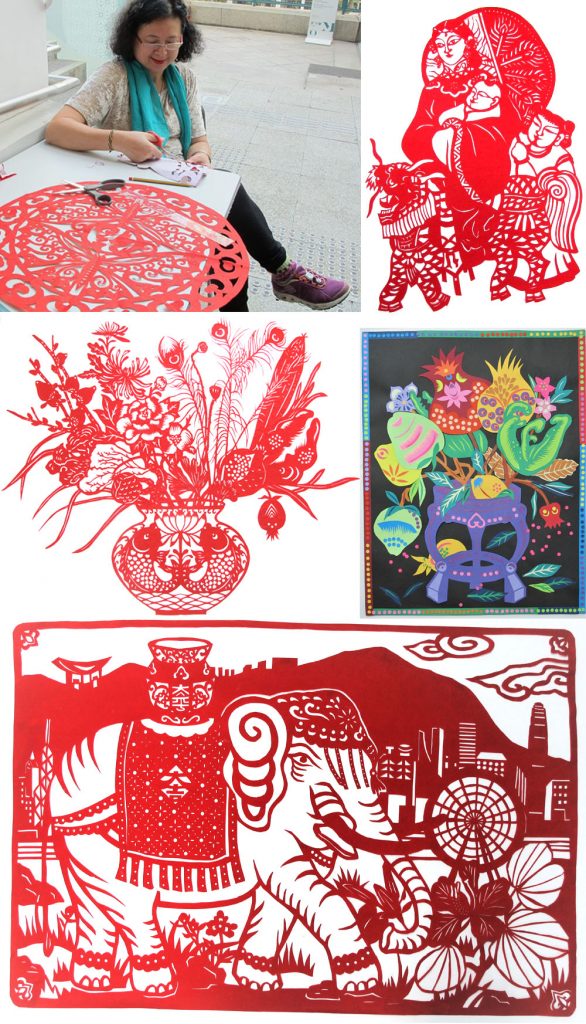 Ms. Chan is a lover of traditional Chinese paper-cutting since her childhood. After she stepped down from her education post several years ago, she started to focus herself in paper-cutting craftsmanship. She has been actively participating in competitions and campaigns, and has organized an exhibition to share her artifacts with admirers. She has become a tutor in this field since 2008. In 2013, she attended two interviews with TVB, wherein she shared her experience and demonstrated her skill. In 2015, she met and learnt from Ms. Kwan, the inheritor of the Nanking style paper-cutting, and took another step forward in this field. 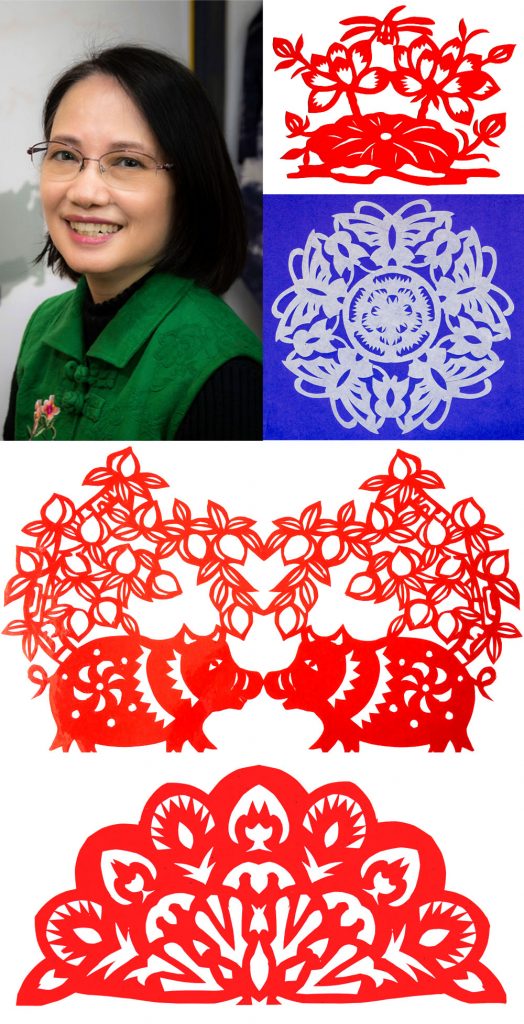 Amy was born in Hong Kong, and a lover of craftsmanship since childhood. She attended the tutorial classes led by Ms. Judith Lui, and had her first glimpse of paper-cutting skill thereat. Gradually she improved her skill and, through participation of many joint exhibitions with Ms Lui and fellow classmates, she made another breakthrough. 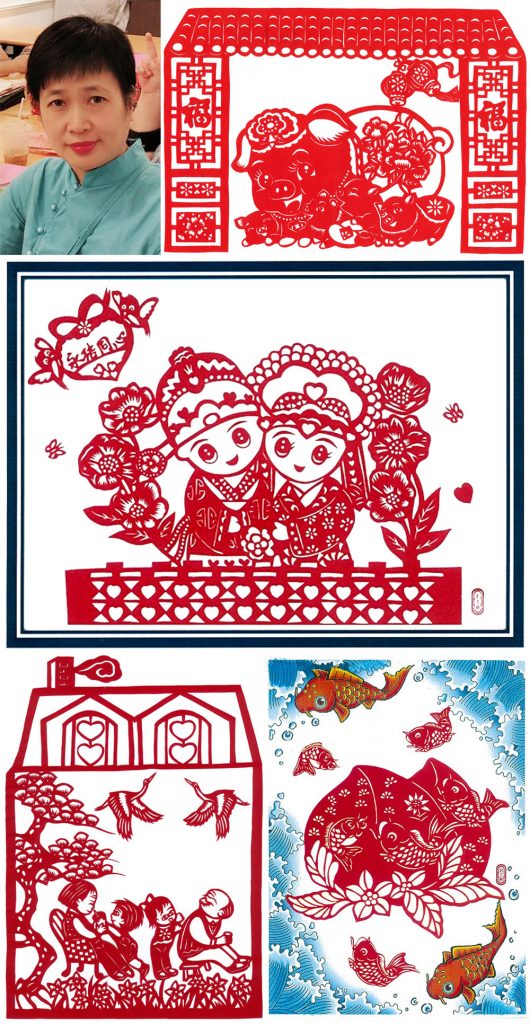 Stephen is a practicing chartered engineer, and is also a lover of Chinese culture.

During his teenage years, Stephen was too busy adapting to the works pressure around him, and could only stay as an observer and admirer of Chinese culture from aside. From middle-age onwards, he has been able to slow down his pace and develop himself into a practitioner. Poetry, novel, painting and paper-cutting have now become part of his life.

Stephen caught his first glimpse of paper-cutting in 2015, when he attended a paper-cutting course led by Ms. Judith Lui. Whilst this was only a short course for beginners, Judith has aroused his interest in this traditional Chinese handicraft. In the following years, he has been addicted to scissors and cutters, and has been actively participating in the numerous exhibitions chaired by Judith.

As for the style of his works, Stephen pursues delicacy and exquisiteness. This is why his favourite crafting tool are cutters rather than scissors. Apart from traditional single-colour paper-cutting, many of his artifacts are multi-colour ones. He also attempts to merge his paper-cutting works with his poetry and painting which, in his terms, gives him even bigger satisfaction. 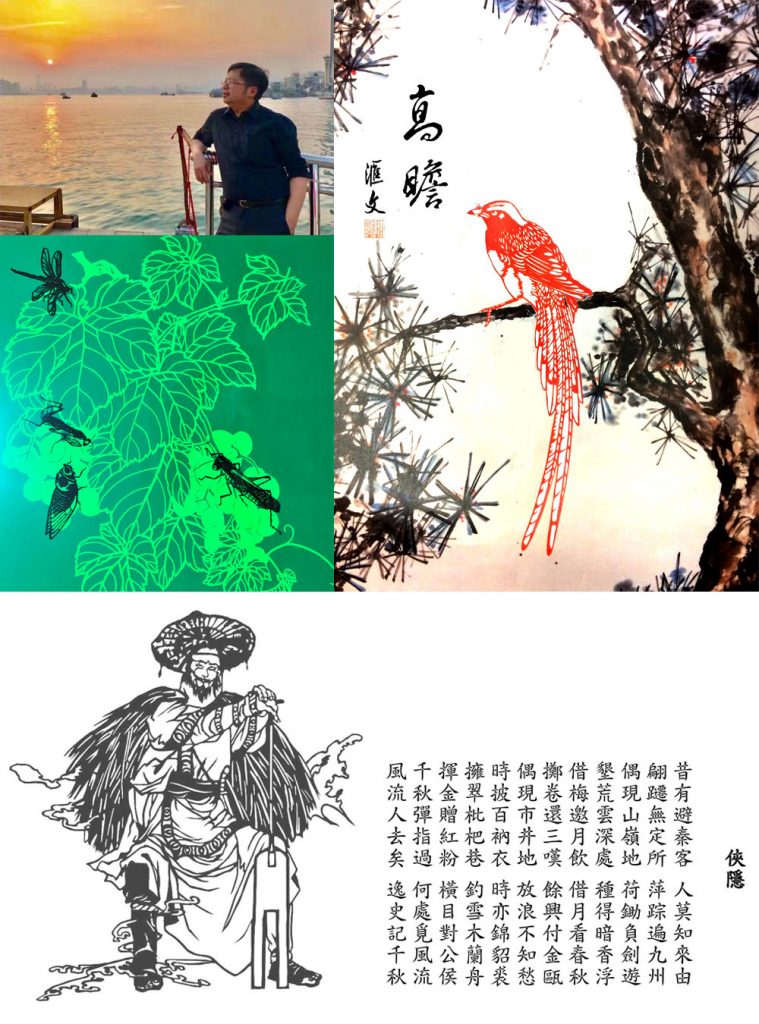