Sinologist Jao Tsung-i, expounded the origin and evolution of Chinese characters in his book Symbols, First Text and Letters – The Chinese Character Tree. The ancients created the earliest graphic text by observing the shape of the sun and the moon in the heavens and the earth, and the footsteps of the birds and beasts. They eventually developed into a unique text system that has been passed down to the present, and which encapsulates the worldview of Chinese civilization.

A total of 27 primary and secondary schools took part in the competition with a total of 390 student works collected. The judging is based on the four criteria of originality, creativity, content-related theme, and wisdom and beauty of the Chinese character. There are 12 winning entries from two categories. A total of 168 entries from primary and secondary schools were selected for the exhibition; we look forward to seeing you there!

Under the “Four Seasons” theme, students will learn what the ancients thought about the different seasons, see how words about the seasons were created, and how Chinese characters were used to express the characteristics of the seasons.

Hong Kong has a unique Cantonese culture. Cantonese evolved from ancient Chinese; not only is Cantonese very expressive, it also retains the ancient meaning of words. Designs under the theme of “Cantonese proverbs” will combine Chinese characters and illustrations to show the vividness of Cantonese.

Special Acknowledgements to all judges for the Inter-school Chinese character design competition: 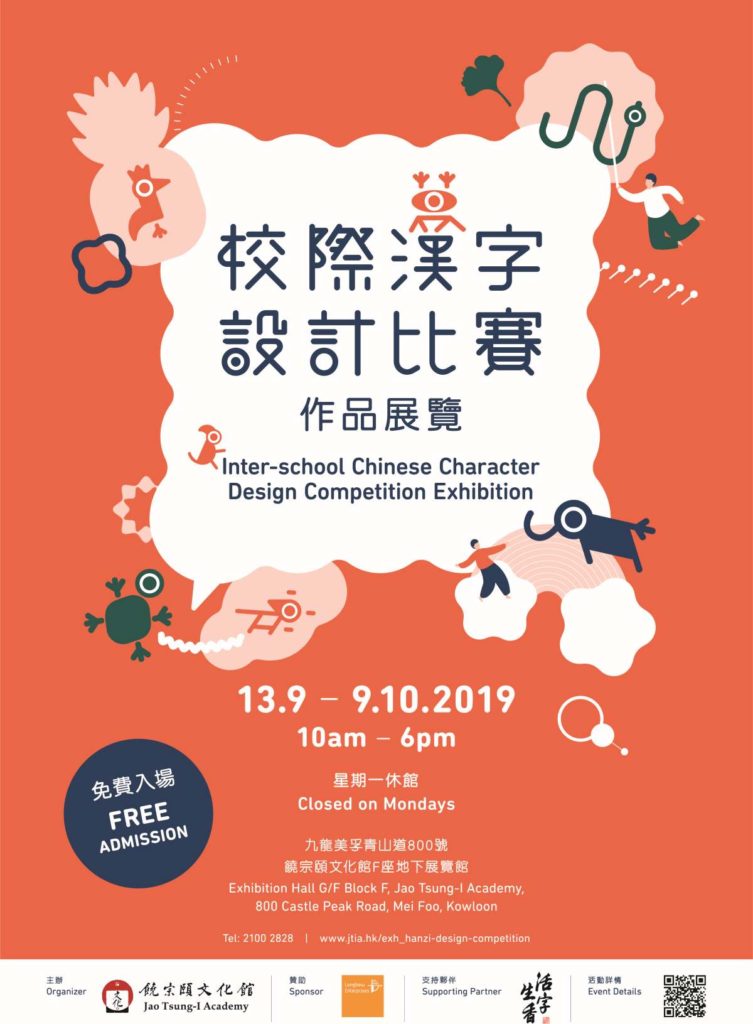